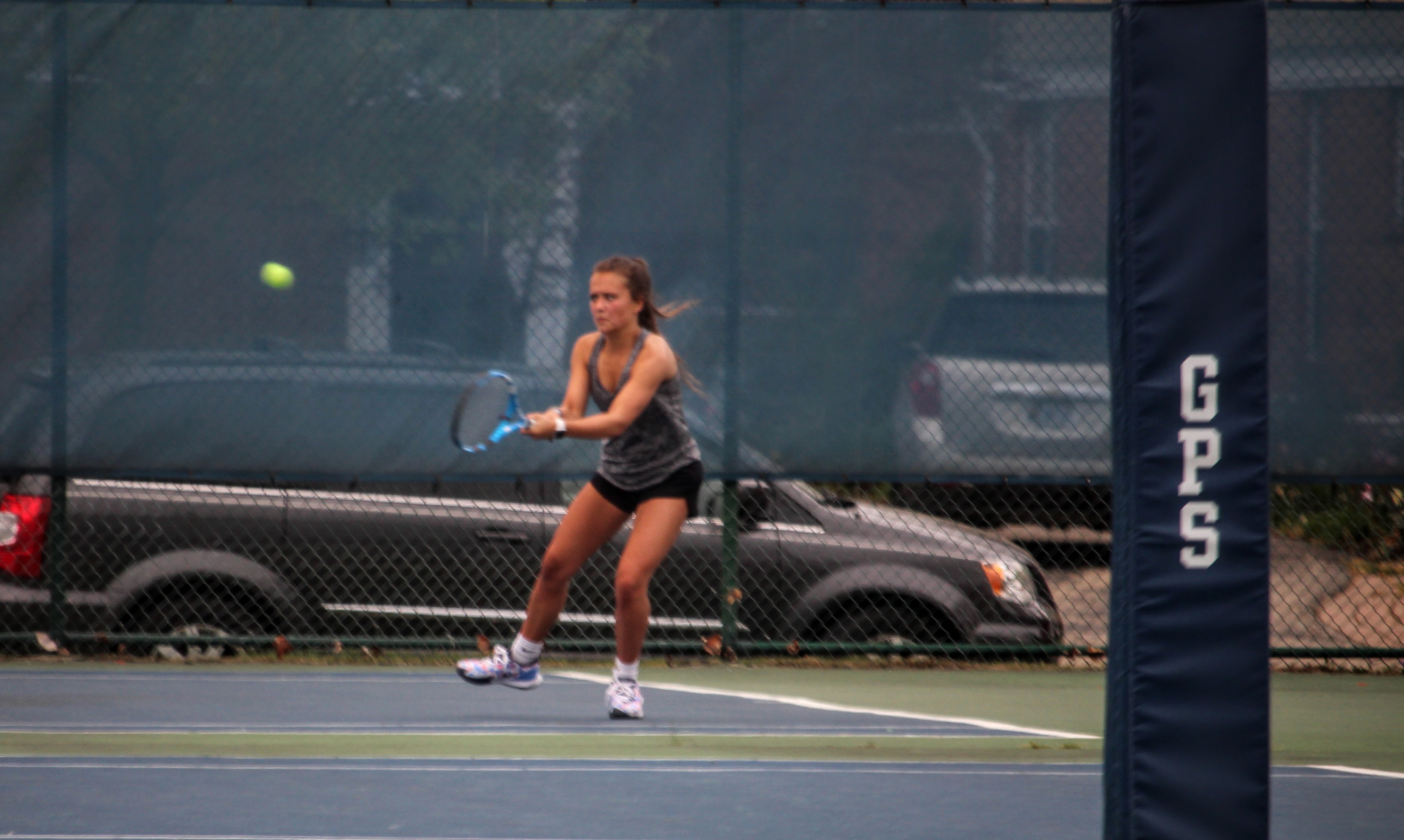 The girls earned another victory today, beating East Kentwood 9-0. Everyone played well and got the job done.

Also of importance, the girls did a FANTASTIC job over the weekend. They played Ann Arbor Pioneer (1st in D1), Troy (6th in D1) and Utica Eisenhower (9th in D1)…we are 7th by the way. Anyway, Pioneer won the tournament, and we tied for 2nd place with Troy, and finishing 3 points ahead of Eisenhower. Basically, the tournament confirmed that our current ranking probably pretty accurate. There are about 320 tennis teams in michigan. there are two teams outside of D1 who I feel are better than us. Figure us and Troy are a wash, that puts 5 teams in D1 who deserve a higher ranking than us. So, I’d say that of the 320 teams, we can legitimately claim to be about the 8th best right now. Personally, I think that’s pretty good!!

Flight Runner up from the weekend:
1 singles: Kennedy Dumas

On Wednesday, Grand Haven will come our way for our next OK-Red Duel. So far the girls are 4-0 in conference play, winning each match 9-0. We are tied for 1st place with Hudsonville, who is beating opponents by similar scores. That match will take place next Tuesday at home…circle your calendar!!!!

Again, great job girls on continuing to work hard and post solid results. Below are full results from today’s match: